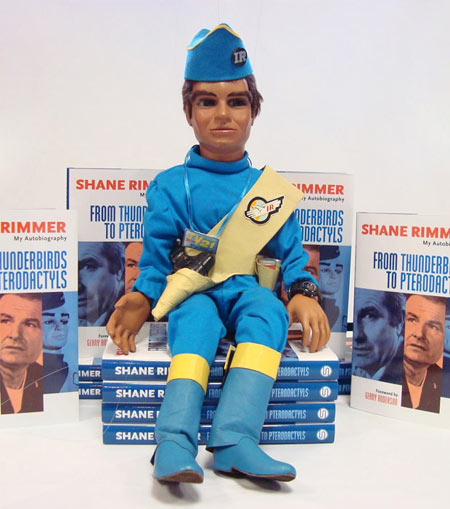 Signum Books officially opened for business with the launch of From Thunderbirds to Pterodactyls at Fanderson’s TV21 convention in Bristol last weekend. Shane Rimmer was interviewed on stage by Marcus Hearn, and then spent more than two hours signing copies of the book for fans. “It was a wonderful start,” says Marcus, who adds that although the book sold out over the weekend copies will be available at Shane’s signing at Forbidden Planet on Saturday 30 October.